“It’s not self-control that makes gritty people so awesome. It’s their ability to persevere and maintain hope in spite of setbacks, invisible progress and even their own poor judgment. How are they able to do this? One word: optimism.”

We talk about grit all the time here at Spartan Race but Dr. Angela Lee Duckworth is the woman who literally wrote the book about it (or at least she will be when Grit: The Power of Passion and Perseverance is published May 3 by Scribner). You probably know her from articles in The New York Times and her TED Talk. She is THE expert on the subject of grit…

It was amazing to talk to the woman whose work has inspired me so much. Angela is a professor of psychology at the University of Pennsylvania, the founder of Duckworth Labs and a MacArthur Fellow (sometimes called the “genius grant”). You’d think with all of these credentials, Angela would put a lot of emphasis on smarts. Not so.

Angela says that the thing that predicts success far more than intelligence or a privileged upbringing is GRIT, which she defines as sustaining interest, passion and persistence for a goal over the long term. She’s been studying this for more than a decade and doesn’t think she’ll ever be done–there is so much more to study and she feels she’s only brushed the surface. Talk about grit…

“Grit and self-control are related, but they’re not the same thing,” Angela said.

You might have heard of the self-control test that Angela has given kids she’s studied. She gives them a choice between a small pile of their favorite treat, which they can have immediately, or a huge pile they can have if they wait 10 minutes. Kids almost always say they want to wait for the big pile, but that’s when reality kicks in–can they really wait…?

Angela was impressed, but she pointed out that although people who are good at overcoming temptation tend to be grittier, it’s wrong to think high achievers have great self-control. “What’s true of the most eminent individuals in society is that they have the capacity for zest and sustained hard labor,” she said.

For Angela, it’s not self-control that makes gritty people so awesome. It’s their ability to persevere and maintain hope in spite of setbacks, invisible progress and even their own poor judgment. How are they able to do this? One word: optimism…

So how do we become gritty if we’re not? Teaching optimism is a good start, but just as important is a growth mindset. Stanford psychologist Carol Dweck defined a growth mindset as the belief that your abilities are changeable. Too many people think they can’t climb a rope or scale a wall because they’ve never been athletic, but believing you can learn and grow builds new skills, and grit. And not just in childhood–adults can learn new abilities, too. Angela said science proves this over and over again…

“The people who are crazy enough to think they can change the world are the ones who do.” – Steve Jobs

Commentary by Dr. Whitesel: The above quote is by Apple founder Steve Jobs, cited in one of the most important leadership articles of the year. Jobs’ leadership skill was his ability to focus narrowly on a mission that would 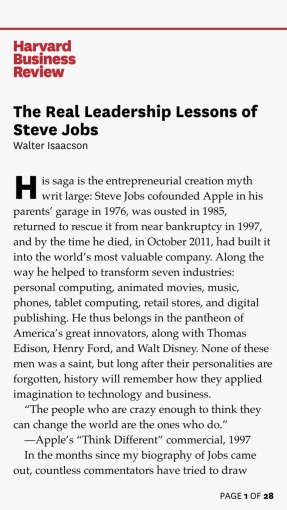 change the world according to this Harvard Business Review article. Christians have a similar world changing mission and opportunity. Though he was rough around the edges, Job’s laser-like ability to focus on mission and passion while instilling this in others is a leadership lesson the church needs to recover.

Commentary by Dr. Whitesel: “In church planting, passion is overrated and preparedness underrated. This has been my observation after coaching and educating hundreds of church planters. This research confirms that preparedness rather than passion leads to successful founding of new endeavors.”

by Harvard Business Review editorial board, 6/26/15. 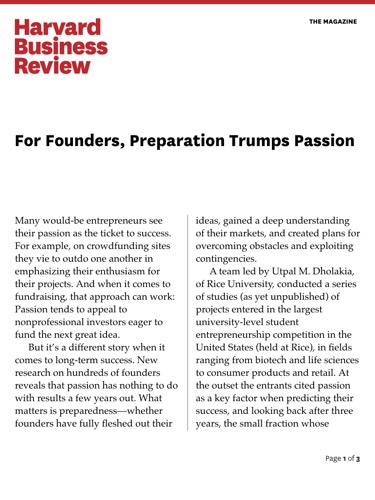 Commentary by Dr. Whitesel: “Netflix is one of the most successful companies of the last decade. The lesson is: don’t hire the most available people – hire the most passionate. They hire only people who are ‘passionate’ about their ‘mission.’ That way they didn’t have to write/enforce office rules for the 3% who were non-passionate employees. Secondly they encouraged openness between employees and bosses. The result was a company where everybody wanted to work and where every everyone wanted the organization to succeed.” 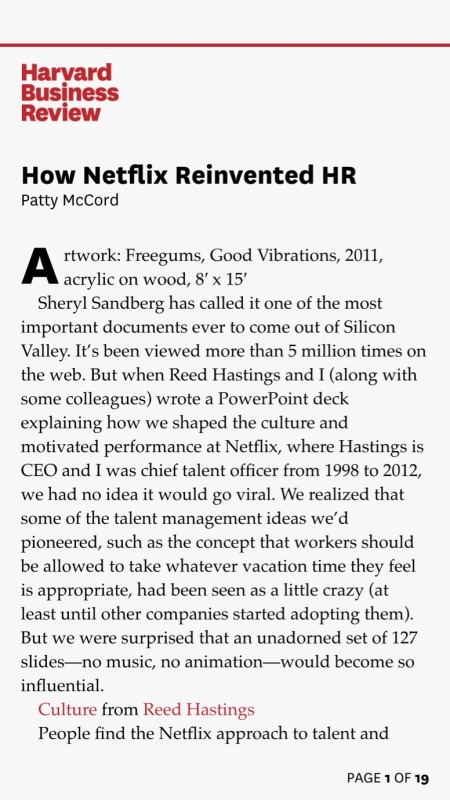 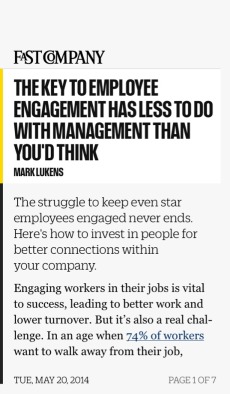 Commentary by Dr. Whitesel: “Engagement is creating a passion in your volunteers and employees for the mission of the organization. This article points to several key elements for creating passion. One of the most important elements is to let front-line workers have more input into the processes and methods of the organization. This reminds me of how John Wesley often sought the input of the average society attendee to better design what came to be known as ‘Wesley’s methods’.”