Just in time for the holiday season, the Hartford Institute for Religion Research has released its second reportexamining how U.S. congregations are navigating the COVID-19 pandemic, and findings this time show most churches are embracing new and innovative ministry opportunities.

One congregation, for example, helped fund a food truck that was donated to a school to provide a mobile feeding center for a low-income community. Another launched a Memory Café, which provides a monthly social opportunity for anyone with dementia and their care partners. Another of our survey respondents said their church went from a monthly sandwich-making ministry to feeding up to 1,200 people per week.

This report is based on data from the second survey of the Exploring the Pandemic Impact on Congregations: Innovation Amidst and Beyond Covid-19project, which includes an over-sampling of eight denominational groups and a random sampling of congregations in other denominations for a total of 38 Christian denominational groups and 820 responses and was conducted in November. It is part of a collaborative, five-year research project funded by Lilly Endowment Inc. and led by the Hartford Institute for Religion Researchat Hartford International University for Religion and Peace.

The survey also showed that since the pandemic began, 45% of congregations have made permanent changes to their community outreach, and more than half (54%) started a new ministry or expanded and increased an existing one.

Commentary by Dr. Whitesel:  During a shutdown, such as during the COVID-19 pandemic, churches have an opportunity to prepare for rebounding and renewing into  healthier churches.  Here are articles I’ve written about how to accomplish this (published by magazines with national platforms, i.e. Outreach Magazine and Biblical Leadership Magazine).  These articles are excerpted from my book: “Growing the Post-pandemic Church.” Excerpted below you will find … 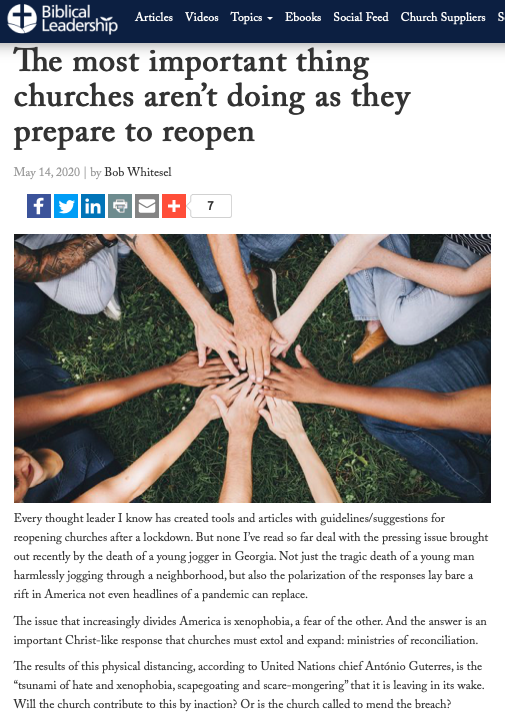 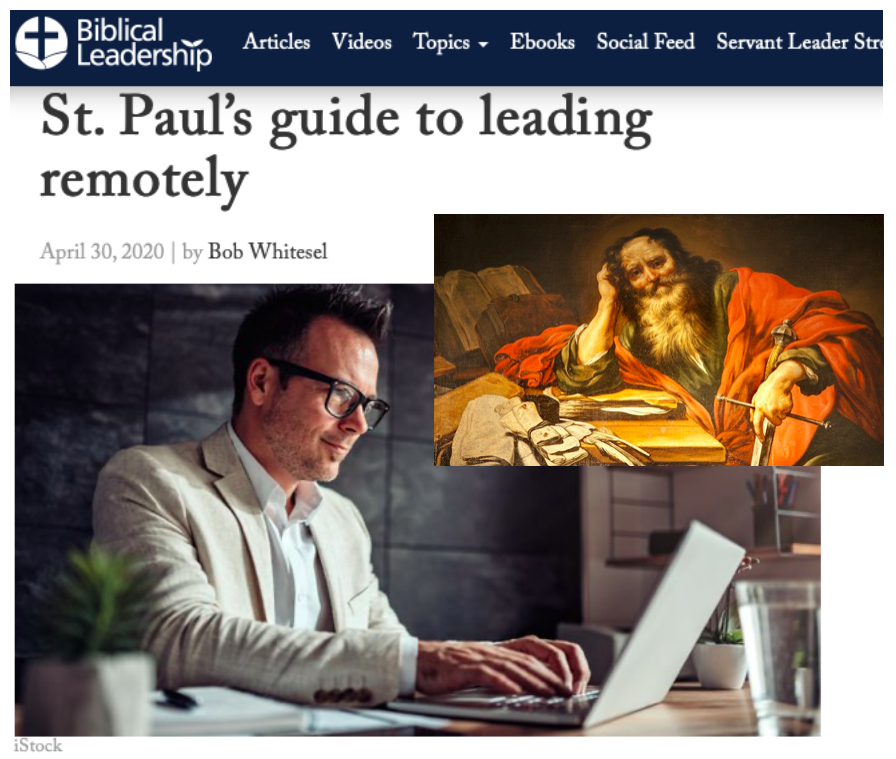 Now that banning gatherings is becoming commonplace, the faith community will be temporarily forced to morph into something new (or maybe something old, read on). During this time and afterward some churches will thrive, but others may struggle. Having coached churches for 30 years, trained hundreds of church leaders and earned two doctorates in the field, here is my forecast with survival options for those churches at risk.

Click to read the article in Outreach Magazine here.

Read more of this article published by Outreach Magazine Here.

Read more of this article in Biblical Leadership Magazine HERE. 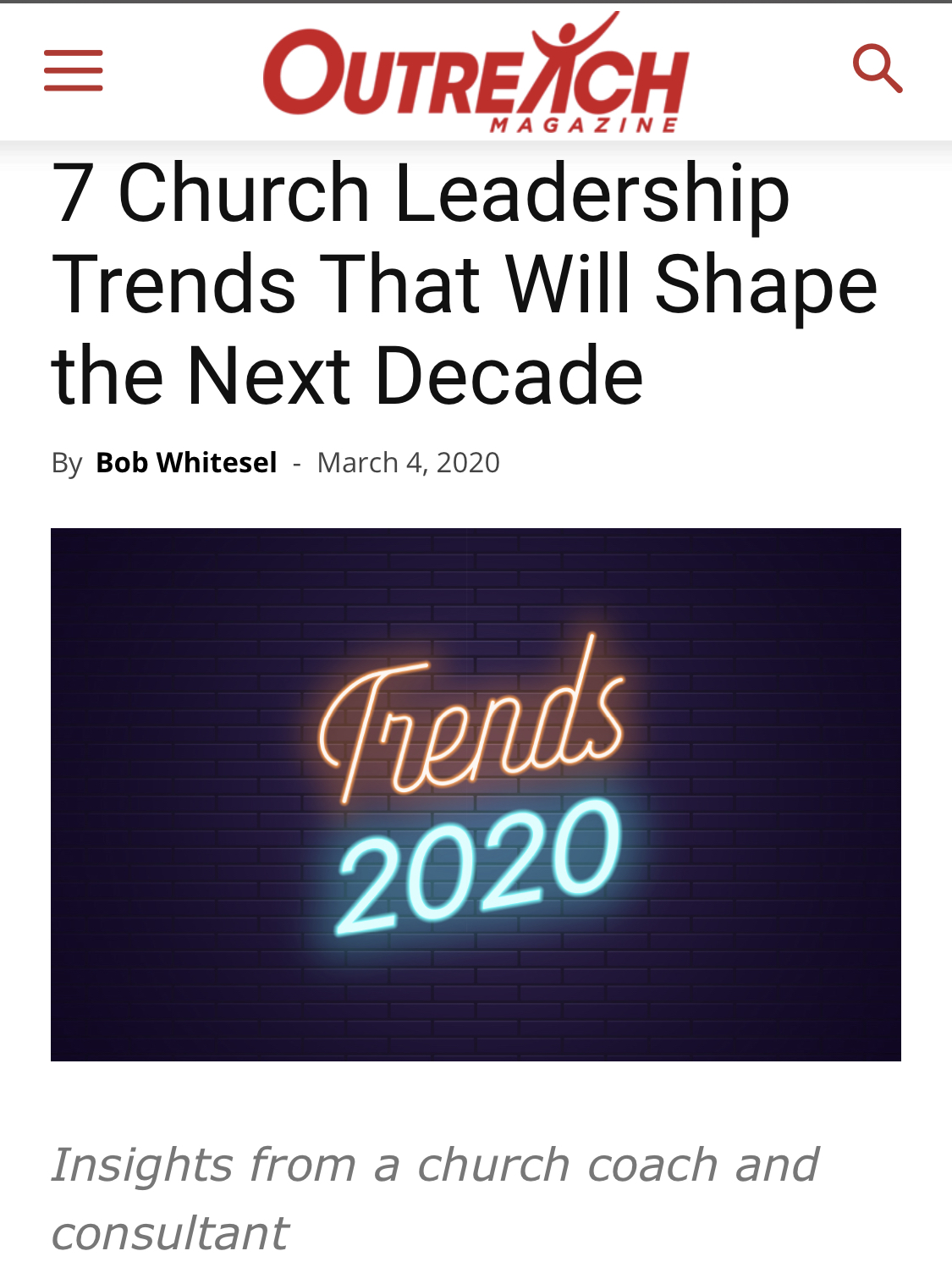 Read this article in Outreach Magazine by clicking here.

… In his (C.S. Lewis’) admonitions, can we simply replace the words “atomic age” with “COVID-19 age” or was Lewis getting at something deeper and even more relevant for the church today?

…Here’s how he opened “On Living in an Atomic Age,” which can be found in the collection Present Concerns: Journalistic Essays:

In other words, do not let us begin by exaggerating the novelty of our situation. Believe me, dear sir or madam, you and all whom you love were already sentenced to death before the atomic bomb was invented: and quite a high percentage of us were going to die in unpleasant ways. We had, indeed, one very great advantage over our ancestors—anesthetics; but we have that still. It is perfectly ridiculous to go about whimpering and drawing long faces because the scientists have added one more chance of painful and premature death to a world which already bristled with such chances and in which death itself was not a chance at all, but a certainty.

This is the first point to be made: and the first action to be taken is to pull ourselves together. If we are all going to be destroyed by an atomic bomb, let that bomb when it comes find us doing sensible and human things—praying, working, teaching, reading, listening to music, bathing the children, playing tennis, chatting to our friends over a pint and a game of darts—not huddled together like frightened sheep and thinking about bombs. They may break our bodies (a microbe can do that) but they need not dominate our minds.

…After the above excerpt, Lewis moves on to what he saw as the “real point.” … He points out that all of science agrees that the end of life on this earth is inevitable. It’s only a matter of “when” not “if.”

If the threat of an atomic bomb serves as a reminder for us, then it can be a good thing. “We have been waked from a pretty dream, and now we can begin to talk about realities,” he writes.

Once we are awakened to the frailty of life, Lewis says we see at once that whether or not an atomic bomb destroys civilization is not the most important question. Something was always going to destroy us and civilization.

The most important question becomes: Is this all there is?

If we are going to die (and we will), if civilization as we know it will be ended (and it will), Lewis argues, then we should be most concerned about what, if anything, lies beyond the natural world?

And as we live life differently—both from how we did previously in limiting our interactions and in how others do now through selflessness—we will have the opportunity to speak of Christ to those who are waking up to the realities of this life.