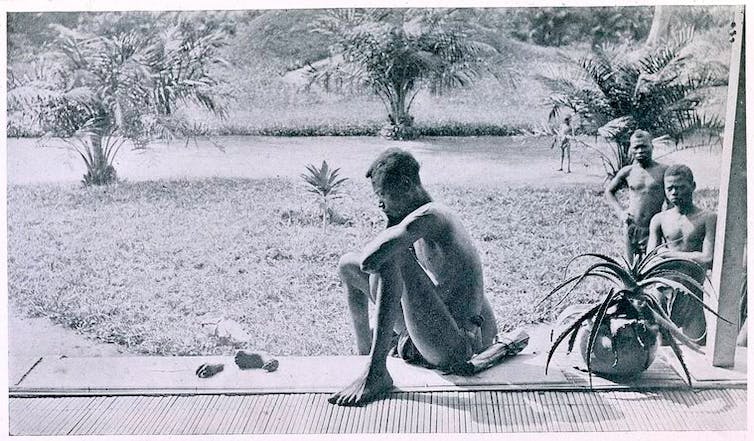 For some, the very idea of trying to convert others to a certain faith and taking any risk to do so is simply abhorrent. But Christians worldwide genuinely believe that people who hear and respond to the gospel are better off when they do.

A missionary named Saint Patrick came to the tribal people of ancient Ireland and converted my ancestors from Celtic polytheism. This is not a new idea. Christianity has been a missionary movement since its beginning. As I noted above, Jesus, in his final address to his followers, commanded them to “go and make disciples of all nations” (Matthew 28:19-20). And, speaking to Christians everywhere and in all eras, the apostle Paul said, “Woe to me if I do not preach the gospel!” (1 Corinthians 9:16).

Many Christians would say we deny the missionary call if we neglect the hard and difficult places in the world. We are truly called to go to “the ends of the earth” with the gospel (Acts 13:47).

…For example, when Jesus sent his disciples, he instructed them to pray and then go, while showing them how to honor the dignity and humanity of others’ choices. He also sent his disciples out two by two. The Bible has much to say about the importance of teams and community. Teams bring collective discernment and provide a safeguard against unwise attempts at missionary endeavors. According to Ho, there was a team willing to go with Chau, but he chose to go alone.

…Also, in regard to people’s choices, Jesus makes it quite clear in Mark 6:11, saying, “And if any place will not welcome you or listen to you, leave that place.” It appears that Chau returned to North Sentinel even after being shot at with arrows, one of which, according to his journal, stuck in his Bible.

Read more of Ed’s article “Slain missionary John Chau prepared much more than we thought, but are missionaries still fools?” at https://www.washingtonpost.com/religion/2018/11/28/slain-missionary-john-chau-prepared-much-more-than-we-thought-his-case-is-still-quandary-us-missionaries/?noredirect=on&utm_term=.5788b40ca09c

Missiologist Dr. Donald McGavran often criticized the “mission station approach” to missions. Still, if this is the first time you’ve heard the term it doesn’t sound so bad. But a little history about the term and how it was abused can help us be more effective in helping others today.

The “mission station approach” to outreach became a fairly common term to describe how in mission work, a foreign entity (like the Lutheran Church of Germany for example) would set up “mission stations” (such as in South Africa) to reach indigenous peoples.

However, it was not until the great missionary awakening that people like William B. Carrey, Albert Schweitzer, and others popularized the more effective contextualization approach. They argued that you “sift” or evaluate culture, rejecting some elements that are anti-Christ and accept other elements that are morally neutral (see Charles Kraft’s “Christianity and Culture” and Lesslie Newbigin’s “Christ and Culture” for an extended … 300+ page… discussion on this).

A colleague of mine, Dr. Ryan Bolger pointed out in a white paper to the American Society of Church Growth (2002) that today most churches have become “mission stations” in North America: we speak a different language, live a different culture and we expect the unchurched people to come “into” our mission stations and adopt our culture.  This is why Darrel Guder in “Missional Church” (1998) points out that in North America we live in a culture that is hostile to Christianity … thus effectively making churches in North America missionary organizations.  (Guder’s book is an excellent introduction to the missional church … it is a modern contextualization of classic Church Growth principles.  And, it is the most highly regarded book outside of the Bible by emerging post-modern church leaders.)

Thus, I think it strategically judicious to embrace the life of missionaries in the North American context (doing so while embracing strategies that are effectual and successful in missiological experience and contexts).