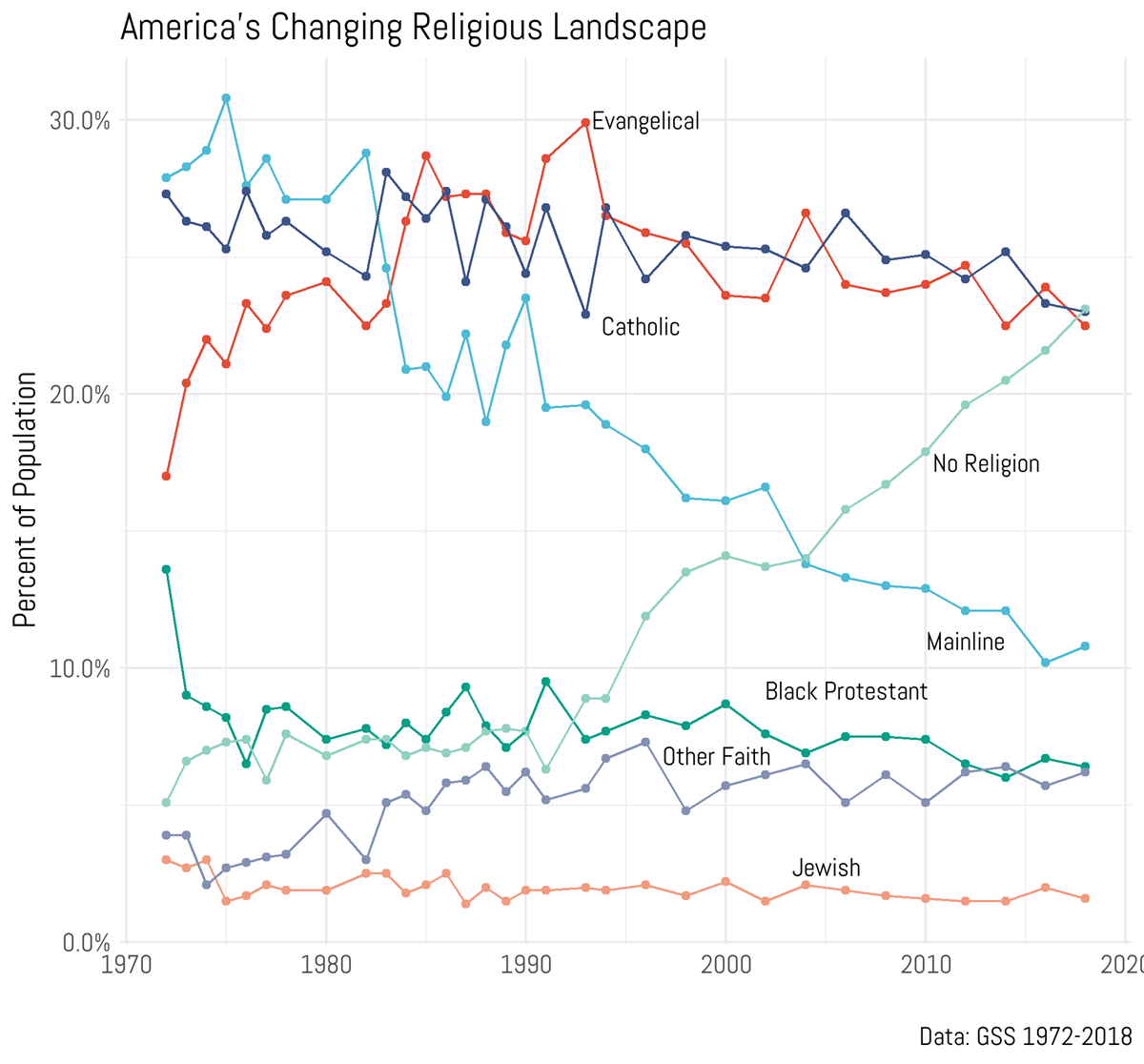 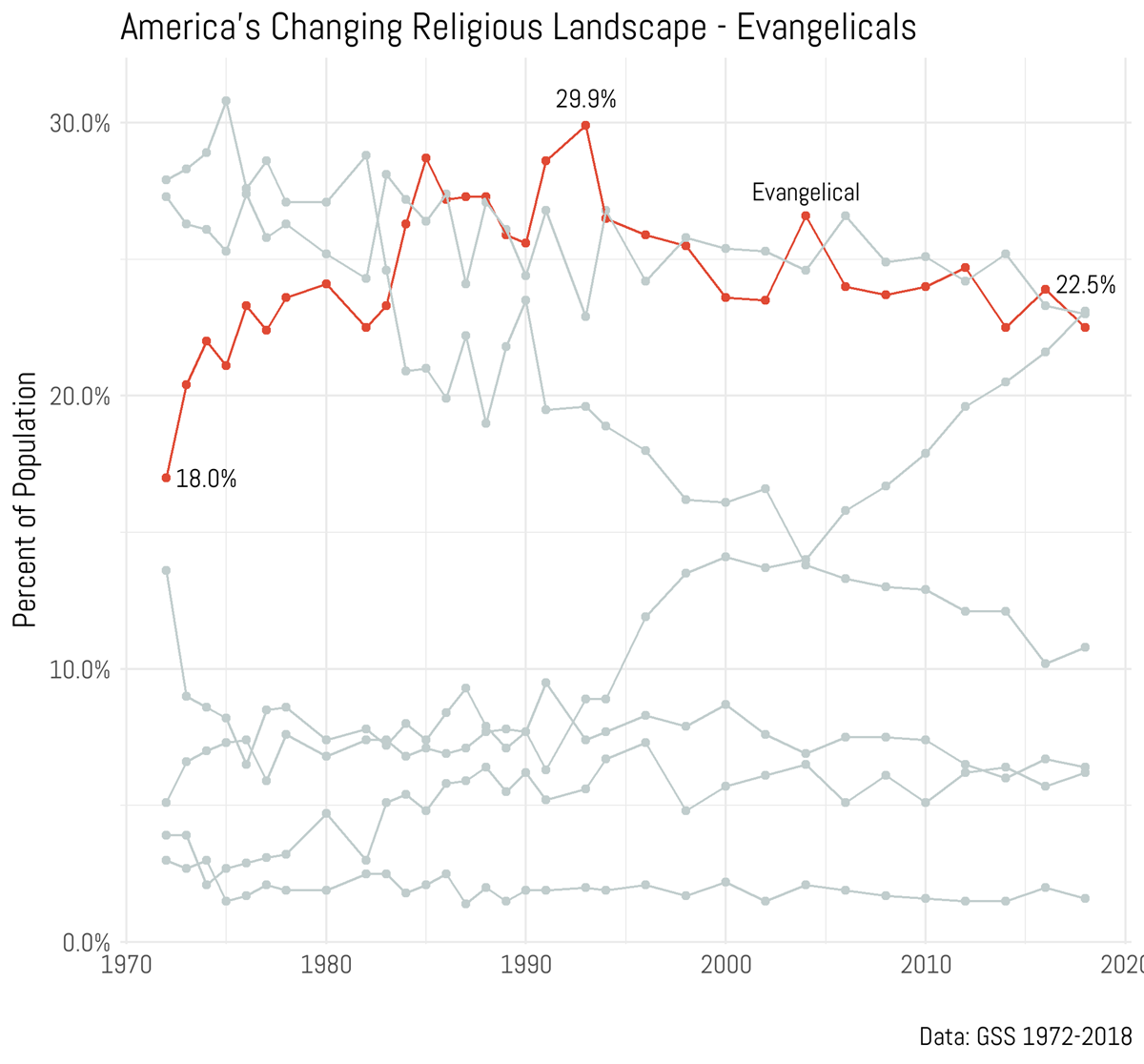 ABSTRACT:  The third wave of the National Congregations Study (NCS-III) was conducted in 2012. The 2012 General Social Survey asked respondents who attend religious services to name their religious congregation, producing a nationally representative cross-section of congregations from across the religious spectrum. Data about these congregations was collected via a 50-minute interview with one key informant from 1,331 congregations. Information was gathered about multiple aspects of congregations’ social composition, structure, activities, and programming. Approximately two-thirds of the NCS-III questionnaire replicates items from 1998 or 2006-07 NCS waves. Each congregation was geocoded, and selected data from the 2010 United States census or American Community Survey have been appended. We describe NCS-III methodology and use the cumulative NCS dataset (containing 4,071 cases) to describe five trends:

2)  greater acceptance of gays and lesbians,

4)  declining size (but not from the perspective of the average attendee),

by Mark Chaves Department of Sociology Duke University Durham, and Shawna L. Anderson NORC at the University of Chicago (Forthcoming in the December, 2014 issue of the Journal for the Scientific Study of Religion)

*The NCS-III was funded by a major grant from the Lilly Endowment, and by additional grants from the Pew Research Center’s Religion and Public Life Project, Louisville Institute, Center for the Study of Religion and American Culture at Indiana University-Purdue University Indianapolis, RAND Corporation, and Church Music Institute. It also received generous support from Duke University and from the National Science Foundation via NSF’s support of the General Social Survey. Jodie Daquilinea led NORC’s NCS team, and Viviana Calandra translated the questionnaire into Spanish. Cyrus Schleifer and Alison Eagle helped analyze data and construct the figures.