Based upon an aggregate of several research projects, I made some notes of growth and decline rates of churches and summarized my estimates into five categories by worship attendance changes over the previous five-year period. I compiled the following numbers ten years ago:

This past week I conducted the same exercise based on some of my updated research and the research of others and estimated the following:

My numbers admittedly are estimates, but they do have some quantitative basis, such as denominational statistics, research by LifeWay Research, and the data available in the increasing number of consultation and coaching requests we receive.

Obviously, the staggering reality of these numbers is the pronounced change in the two extreme categories. We are seeing a marked decline in fast-growing churches and a marked increase in churches declining toward death. 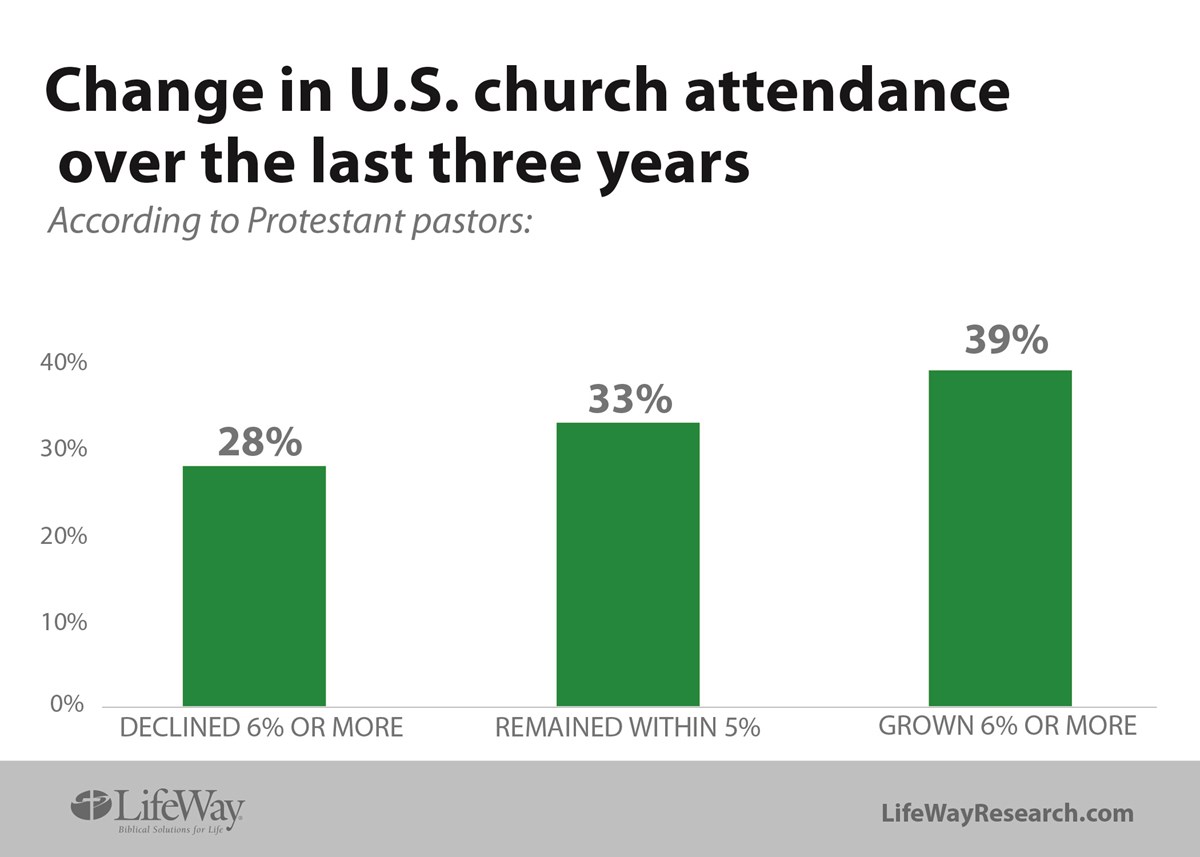