In 2005, Blue Ocean Strategy, Expanded Edition: How to Create Uncontested Market Space and Make the Competition Irrelevant, a book by Professors W. Chan Kim and Rénee Mauborgne, launched a revolution in business strategy. After all, which firm would not to be operating in “uncontested market space,” where “competition was irrelevant”? Instead of struggling to survive in the bloody shark-infested “Red Oceans” of vicious competition, why not move to the “Blue Oceans” where there was little or no competition?

What inspired the authors was not “dividing up markets or the globe,” but rather organizations and individuals that created “new frontiers of opportunity, growth, and jobs,” where success was not about fighting for a bigger slice of an existing, often shrinking pie, but about “creating a larger economic pie for all.” The book was a publishing sensation. It sold more than 4 million copies and has been translated into 44 different languages.

Now, 12 years later, the authors offer an exciting new book that synthesizes their experience in assisting with the implementation of Blue Ocean strategy. The book, Blue Ocean Shift: Beyond Competing – Proven Steps to Inspire Confidence and Seize New Growth, is published this week by Hachette. It includes the experience of organizations large and small, for profit, nonprofit and governments.

In their work since the launch of their 2005 book, the authors have found three key components in successful Blue Ocean shifts:

• Mindset: The authors found that, as in the world of Agile management, Blue Ocean strategy is fundamentally a shift in mindset. It involves “expanding mental horizons and shifting understanding of where opportunity lies.”

The book offers a five-step process for systematically reproducing such strategic triumphs, and shows how a Blue Ocean initiative can be successfully launched in even the most bureaucratic organization that is trapped in a bloody Red Ocean. The five steps are:

2. Getting clear about the current state of play

3. Uncovering the hidden pain points that limit the current size of the industry and discovering an ocean of non-customers.

Though this process, the organization is able to move from the limitations of competing within the existing industry (“settlers”) to migrate towards greater value improvement (“migrators”) and eventually towards creating new value for people who are not already customers (the “pioneers” of marketing-creating innovation.) 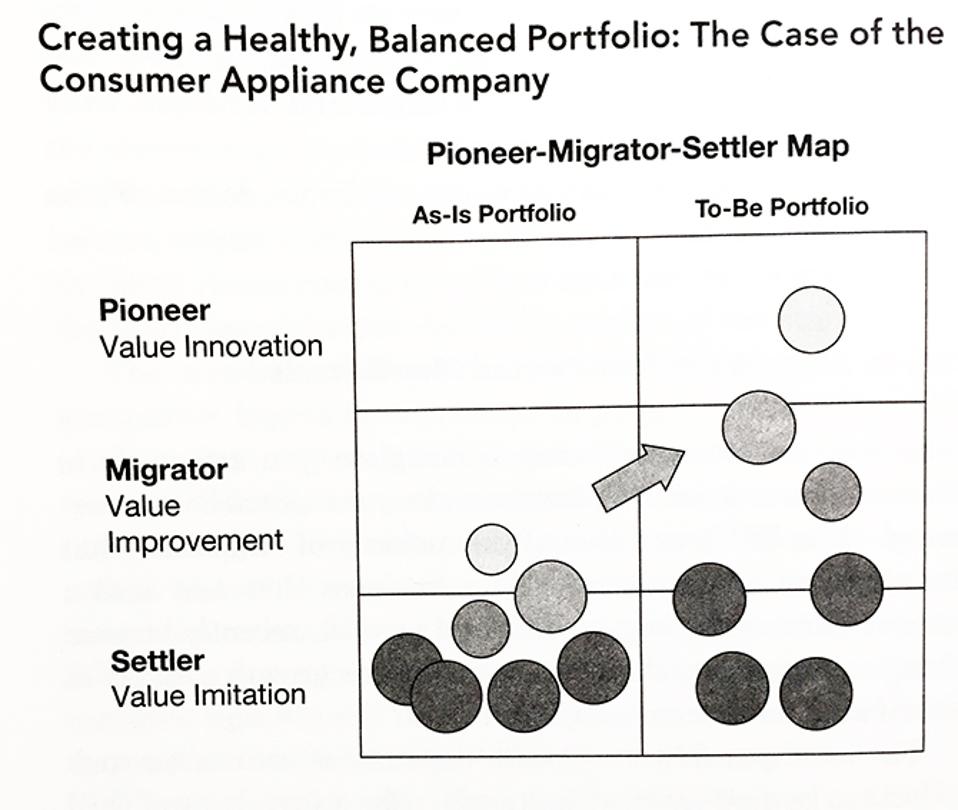 From settlers and migrators to pioneers: Image from from Blue Ocean Shift by Professors Kim & Mauborgne

The Trap Of Mere Product Improvement

In the process, the book shows how to move beyond the trap of merely focusing on making things better for existing customers. Thus, usually product improvement doesn’t lead to large new markets of those who were formerly non-customers. If it does, that is a happy accident, rather than the main goal. To get more consistent success in generating market-creating innovations, an explicit focus onattracting non-customers is needed. This includes (a) soon-to-be non-customers; (b) refusing non-customers and (c) unexplored non-customers. 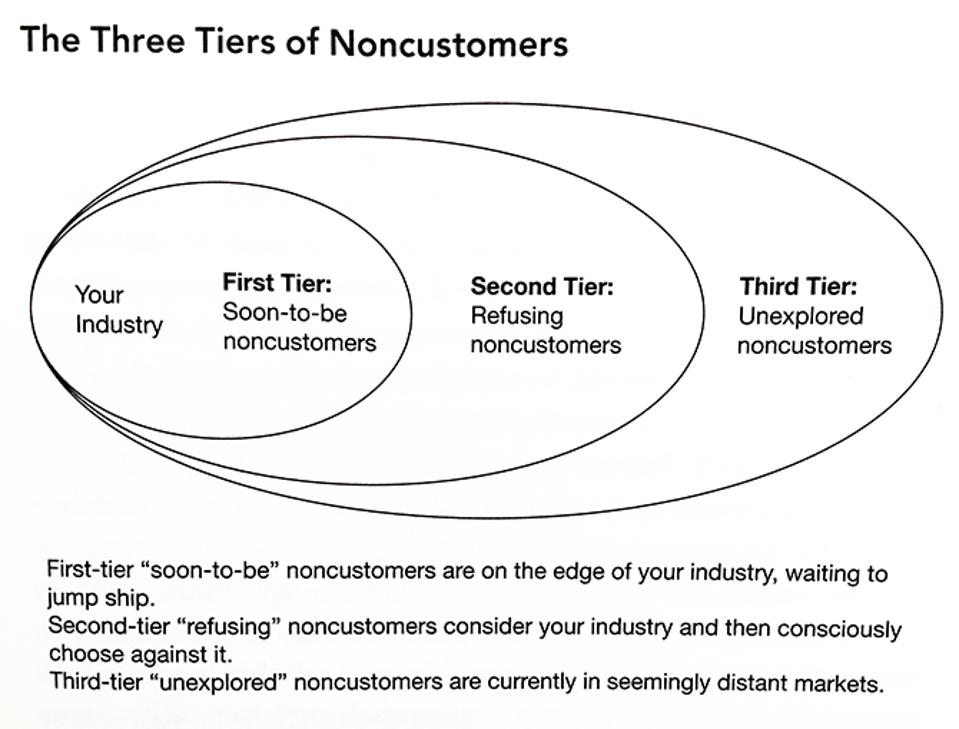