The super-rich and everyone else

The gap between billionaires and a city’s remaining residents is staggering, according to our measure of the Super Rich Wealth Gap, which compares billionaire wealth to the economic situation of the average person based on economic output per person. This gap is most pronounced in poorer or less-developed cities such as Bangalore, Mumbai, Mexico City, Manila, Jakarta, Delhi, Bangkok, Hangzhou, Beijing, Shanghai, Rio de Janeiro, São Paulo, and Santiago. But it is also quite pronounced in more advanced cities such as Seattle, Dallas, Paris, Stockholm, Toronto, and Tokyo. 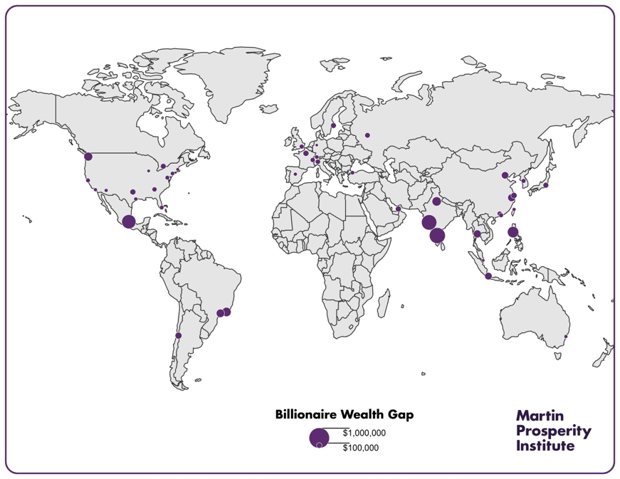